The Bible should NOT be taken literally.

I had to take a few breaths to steady myself there.  Even after three years as a Catholic, it was still a little difficult to write that!  Every now and then, I still feel a bit haunted by the ghosts of some false doctrines that I subscribed to during my time as a

fundamental Baptist.  In fact, I half-expect a brick of condemnation to be hurled through my window at any moment by an angry Protestant!  You see, one of the core beliefs of the Fundamentals — and other denominations, no doubt — is that the entire sixty-six books1 of the Bible should  be taken literally.  Creation occurred in seven days, Jonah spent three days in a whale’s belly, and God really did let Satan kick the snot out of Job.

Before we continue, I need to make two clarifying statements:

And don’t worry, that’s the only English lesson in this article.

While we understand the Bible to be divinely inspired, we have to remember that it was written by men.  A whole lot of them, actually!  The forty-some authors of the Bible lived in diverse times and cultures, across a period of about 1,600 years.  Each author wrote in a style common to their particular age, using a style of writing that they felt to be the most appropriate for the subject matter.  Some passages and books were written as poetry,  other books contain parables, while still others use figurative expressions (I hope you don’t really believe that the heart of a wise man leans to the right, as opposed to the fool’s heart, which leans left!).

It really comes down to the question of how a particular passage should be interpreted.  If you were to open the Bible, point to a passage at random and ask if it should be read literally or literalistically, my answer would be, “It depends.”

A quick aside:  To read or not to read? 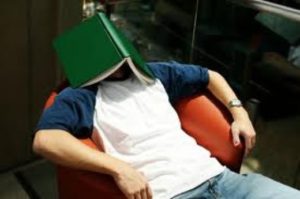 If we’re not sure whether a particular book or passage should be interpreted literally or literalistically, should we even bother trying to read it at all?  Shouldn’t we leave that task up to someone who “knows better?”

How to interpret / A note of caution
In A Catholic approach to the Bible,  Eric Sammons wrote:

In the famous scene of Christ’s temptation by the devil in the desert (see Mt 4:1-11), the evangelist Matthew notes that each time the Lord is tempted, he refutes Satan with a passage from Scripture (see Mt 4:4, 4:7, 4:10). However, what is also interesting is that for the second temptation Satan himself uses Scripture to back up his proposal:

“If you are the Son of God, throw yourself down. For it is written: ‘He will command his angels concerning you and ‘with their hands they will support you, lest you dash your foot against a stone'” (Mt 4:6; quoting Ps 91:11-12).

It is clear that Satan is knowledgeable about Scripture, and in fact, because of his supra-human intelligence, it is safe to say that the devil knows the Bible better than any Scripture scholar who ever lived, or ever will live.

Vast knowledge of the Bible, however, does not guarantee a loving relationship with God; as Shakespeare noted in “The Merchant of Venice:” “The devil can cite Scripture for his purpose.”

Thus are exposed the power and the dangers of the Scriptures. Intimate knowledge of their pages can lead to a deep encounter with the Lord — and abuse of them can lead to a rejection of God’s loving care. It is with this knowledge that the Catholic Church in the modern era has repeatedly called on Catholics to properly read and interpret the Scriptures.

Because we are human, we are fallible.  And because we are fallible, we are always in danger of interpreting a Bible passage incorrectly.  However, I think it’s fairly safe to assume that God would never have given us his word without providing the means for an accurate interpretation.  We have that, of course, through the church and the body of Christ’s followers.  We can also be assured of the fact that Christ will guide his church through the ages.  After all, Jesus told us that his words and his church will not pass away.

It is important, therefore, to remember that we have a wealth of experience to rely upon, in the writings of the Church Fathers, the Catechism of the Catholic Church, and today’s clergy.  We can be confident that God will continue to guide his church through the ministry of the Holy Spirit.

If we disagree with the church’s interpretation of a particular passage, we should not let it become a wedge between ourselves and the church.

I’m no expert, but I suspect that one of the biggest reasons that there are over 41,000 Christian denominations is the penchant for folks to run off and start their own church any time they have a disagreement on a point of doctrine.

The problem with this approach is that it is in direct contradiction to Biblical teaching.  In 1 Corinthians 1:10, Paul wrote, “Now I plead with you, brethren, that by the name of our Lord Jesus Christ, that you all speak the same thing, and that there be no divisions among you, but that you be perfectly joined together in the same mind and in the same judgment.”

Instead of sowing division and strife within the church by running off to start a new one any time we disagree with a point of doctrine, we should take the time to ask our pastor, a teacher, or another scholar to help us understand the why behind the teaching.  And, of course, we must always remember to spend time in prayer with an open heart and mind.

And by all means, continue to read and strive to understand the Bible! 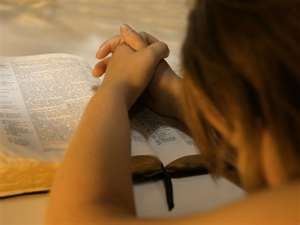 Footnotes
1.  Astute readers  who happen to be Catholic will have choked when I said that there were sixty-six books in the Bible.  Those who just like to follow footnotes probably thought nothing of it.  While the version of the Bible carried around by fundamentalists has sixty-six books, they’re missing out on seven other books.  Thanks largely to a decision made by Martin Luther in 1534, the British and Foreign Bible Society decided to remove the following books from future versions of the King James Bible, beginning in 1827:  Baruch, Judith, I & II Maccabees, Sirach, Tobit, and Wisdom.  Those seven books are also known as the Apocrypha.  Interestingly enough, you can still purchase a copy of the “Kings James Bible with Apocrypha.”
2.  Example  borrowed from “Literal or Literalist? Yes, Catholics DO take the Bible Literally!“, by Ryan Duns.