How to Get Stronger: Starting Strength

Home » Blog » Other Stuff » Health & Fitness » How to Get Stronger: Starting Strength 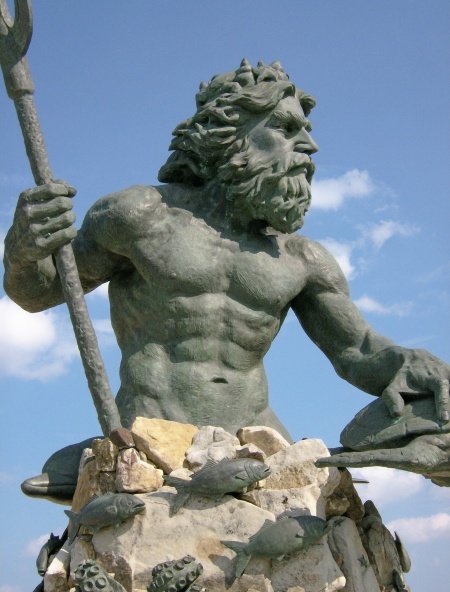 I covered my face and hid behind a Cybex machine.

I’d been working out at Lifetime Fitness when I spotted two 17 year-olds who worked for me at the local Domino’s Pizza. Even though I was four years older, I just knew they were stronger than me.

I made a beeline for the exit and raced to my car.

Nobody had ever mistaken me for an athlete. Growing up, I favored ice cream and astronomy books to basketball and football.

I had an irrational aversion to doing anything that could be considered exercise in front of friends, deathly afraid of feeling humiliated.

Wanting to “get in shape,” I joined a gym when I was 20. Clueless, I avoided most free weights and had never even heard of squats.

It would take another nine years of farting around before making any real progress.

How to get stronger

Here are a few simple truths that get lost in the flood of conflicting “information” online and in most muscle magazines:

Too many modern training programs neglect one or more of these simple truths, favoring instead body part specialization, unnecessary complexity, and dangerous fad “exercises.”

If you want to get stronger, don’t overcomplicate your training. Choose a program that uses progressive weight increases and the most effective compound exercises.

“Strength is simply the production of force against external resistance — in this case, the loaded barbell. If the load on the barbell you’re lifting increases over time, you’ve gotten stronger.” — Mark Rippetoe

In 2005, he collaborated with Lon Kilgore to publish “Starting Strength: A Simple and Practical Guide for Coaching Beginners.” Now in its third edition, Starting Strength has been used by thousands to build impressive levels of strength.

Search the web for Starting Strength and you’ll find quite a few success stories. The program just works for people who follow it as written.

Perhaps the most inspiring story is that of Brian Jones, an insurance adjuster and father of six from North Carolina. In 2011, he fell off a roof and broke both legs, literally shattering the ends of his tibias.

Not surprisingly, his doctor told him that he might never walk again. Faced with the prospect of spending the rest of his life in a wheelchair or, at best, using a walker, he had a 35-foot handicapped ramp added to his home.

Rehabilitation, several surgeries, and a dance with depression would follow.

Fortunately for Brian and his family, he developed a fighter’s spirit and found Starting Strength.

Really puts my “long” nights with a sleepless baby into their proper context, doesn’t it?

A Word on Food

Before we dive into the program, a quick note on nutrition is in order. Building strength and muscle requires food.

If you’re dieting, you won’t gain muscle. You’ll also find it very difficult to increase strength after the first month. Anything beyond that is a bonus.

You need to eat to get stronger. If you’re not eating enough, don’t be surprised when the strength gains stop.

Take two consecutive days off every week. In the example above, that would be Saturdays and Sundays.

Use straight sets. If you squat 135 pounds for your first set, squat 135 for your second and third sets, too.

Start lighter than you think you should. There’s nothing wrong with using just the bar with no added weight. This will let you refine your technique while leaving plenty of room to build up to heavy weights.

The exception is the deadlift, because of its starting position on the floor. Ideally, you should start with 135 pounds, which is one 45 pound plate on either end of a standard Olympic bar.

If that’s too heavy, you can start with one  25 pound plate on either side. Raise the bar to the correct starting height in relation to your body by propping it up on a stack of weight plates.

Bring a tape measure to the gym if you have to. Shake it at the crotch of anyone who gives you funny looks. 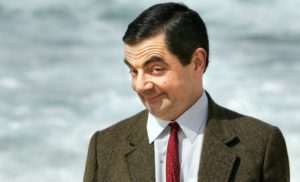 Add weight every session. If you squatted 135 pounds successfully for all three sets on Monday, add 10 pounds to Wednesday’s squat for three sets of 145 pounds. After the first few weeks of training, you’ll probably need to scale back to increases of five pounds per session.

Ditto for deadlifts, although you can probably add 15 to 20 pounds from one session to the next, eventually decreasing to 5 pound jumps.

Session-to-session increases for the press and bench should be 5 pounds for the first two weeks, eventually decreasing to 2.5 pound jumps.

Don’t worry about what other people are lifting, and do not let your ego get in the way. If you lift with proper form and follow this progression, you will get stronger quickly.

Don’t skip warm-ups, but don’t waste your time on the treadmill, either. Instead, perform several lighter sets before your work sets. This will prepare your body for the load it’s about to lift.

Failing to warm up will result in injury. Maybe not today or this month, but it will happen eventually.

Start with two sets of the empty bar, gradually adding weight for 3 more warm-up sets. Note: don’t make the weight of your last warm-up set too close to that of your work-set weight. Otherwise, you might not have enough gas left in the tank to finish your work sets. Also, decrease the number of reps per set as you move through your warm-up.

Skip the first two warm-up sets when deadlifting, since you should be somewhat prepared from squatting.

Run Phase 1 for two weeks or until your deadlift is “well ahead of the squat,” whichever comes later. And yes, “well ahead” varies by individual.

Once that happens, replace the deadlift in Session B with the power clean. Here’s the new schedule:

If you can’t resist the urge to train your biceps, add 3 sets of chin-ups after your power cleans. Chin-ups will also strengthen your back.

Depending on the person, Phase 2 lasts from several weeks to several months. Once your deadlift and power clean are heavy enough that it’s gotten difficult to recover from one session to the next, move on to Phase 3.

In this phase, the power clean moves to Session A and alternates with the deadlift. For example:

If you haven’t already done so, add chin-ups to Session B.

Continue adding weight to your squat on Mondays and Fridays. Squat lighter on Wednesdays — 80% of Monday’s weight should be fine — to aid recovery.

Failing to complete all 3 sets of 5 reps for a given exercise is referred to as “stalling.” When this happens, try again during your next session. If that doesn’t work, “reset” by dropping the weight 10%. Work your way slowly back up.

Resist the temptation to complicate, customize, or otherwise change the program. Part of the reason it works is its simplicity.

Changing sets and rep schemes, adding exercises, or increasing weekly sessions will drastically reduce the program’s effectiveness. The end result will be either insufficient stress to drive strength gains or the inducement of too much stress for your body to recover between sessions.

Follow Starting Strength as long as you can. If you’ve reset three times on the squat and the deadlift and you’re still stalled, it’s time to move on to an intermediate program

If you’re serious about getting stronger, pick up a copy of “Starting Strength.” This small investment will pay incredible dividends over the months and years ahead.

I do work I absolutely love: using technology to help executives move their businesses forward. With the mind of a business owner and the heart of a geek, what better life could there be?!
All Posts »
PrevPreviousFlaxseed is Lowering Your Testosterone
NextJust How Much Coffee Is Too Much?Next
Subscribe
0 Comments
Inline Feedbacks
View all comments